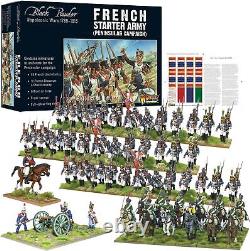 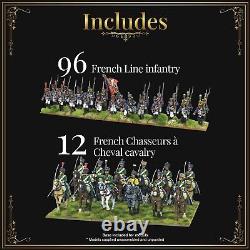 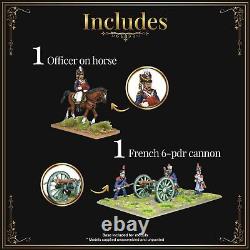 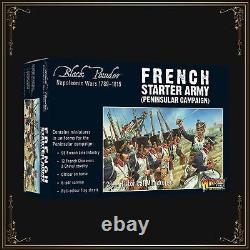 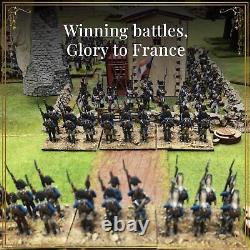 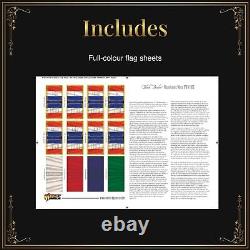 Some of the best army painter warpaint on the market! Goes on smooth, looks realistic, with true colors. Wargames Delivered - Napoleonic French starter army (Peninsular campaign) Set. With the return of French ruler Napoleon Bonaparte from exile on the island of Elba, Britain and her allies in the Seventh Alliance once again prepared to face the French Army's power in the Hundred Days Campaign. The Allied troops ended twenty years of continuous warfare-warfare that spanned the globe-in a succession of fierce battles at Quatre Bras, Ligny, Wavre, and Waterloo over the rain-soaked weekend of June 17th and 18th, 1815.

Red-coated British foot regiments fought the rain, mud, and the French at the crucial battle of Waterloo, supported by their massed artillery and gallant cavalrymen. Their Prussian Allies struggled to join them, arriving late on Sunday, June 18th, on the battlefields of Waterloo. As Bonaparte's French threw everything at them, Sir Arthur Wellesley, Duke of Wellington, rooted his Allied force to the crest at Waterloo for over nine hours. With the Prussians taking to the field before dark, the day was won for the Allies, and the brilliant Bonaparte's reign of terror was finally put to an end.

Accept all major credit cards. Questions: Please message us if you have any questions or concerns.

This item is in the category "Toys & Hobbies\Games\Miniatures, War Games\Other Miniatures & War Games". The seller is "wargamesdelivered" and is located in this country: US. This item can be shipped to United States.